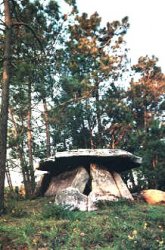 The ancient connections between northern Britain and Celtic Spain are strong and supported by many myths and legends. The dolmens, standing stones and the trail of "cup and ring" designs carved on stones by the prehistoric people of Iberia make their way from Spain and Portugal and northern France to Ireland and Scotland and represent the earliest evidence of the movement of prehistoric man from Iberia to the northern islands.

Furthermore, the ancients also named the various tribes of northern Britain years before the Romans set foot on Britain and one of the most famous of all were the "Brigantes."

Some scholars believe that the Brigantes were named after a Spanish Celtic king. Breoghan (or Brigus or Bregon) who was king of Galicia, Murcia, Castile, and Portugal, and may have even reigned further south in Andalucia - all of which he conquered during the expansion of Celtic culture into Spain. The name "Obregon" is still quite common in northern Spain.

Of these ancient kingdoms, Galicia, of course, is still one of the seven recognized Celtic nations, and the word itself means "The Land of the Gaelic People." It is from Galicia that Irish origin legends claim that the Irish race sprung towards Ireland.

According the Irish origin myths, King Brigus built Breoghan's Tower or Brigantia in Galicia, and also the city of Brigantia or Braganza in Portugal. He also created the most ancient kingdom of Castile which was then also called after him or "Brigia." The ancient Celtic blood of the Castilians was later the driving force in the creation of the modern Spanish nation as the Kingdoms of Castile and Aragon joined under the crowns of Isabella and Ferdinand in the 15th century.

Some Victorian scholars, such as John O'Hart, submit that "Castile" (or "Castilla" or "Castle Land" in Spanish) itself was so called from the figure of a castle which Brigus bore for his Coat of Arms on his banner. The name of that ancient land, however, can only be historically traced to the Dark Ages. In any event, King Brigus, well used to conquering lands and establishing new kingdoms, sent a colony of his people into Britain. His invaders settled in that territory now known as the counties of Durham, Westmoreland, Lancaster, and perhaps Cumberland. These settlers were named after him and were called "Brigantes" by the Greeks. It was these people who ferociously opposed the Roman invader centuries later.

Of even more interest to Pictophiles, King Brigus' son was named Bile, and he was also a Celtic King of Spain. Several Pictish Kings were also called Bile or Bili, including its most famous King, the destroyer of the Angles at Dunnichen in 685 A.D. The name Bile is of high interest also to students of Celtic mythology. According to the Celtic Encyclopedia 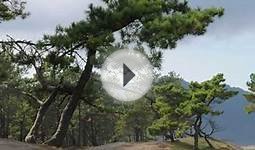 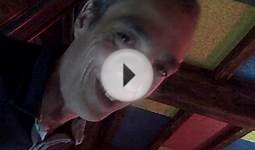 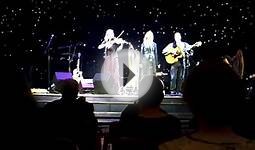 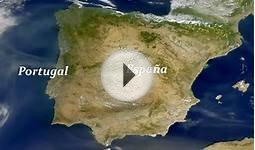